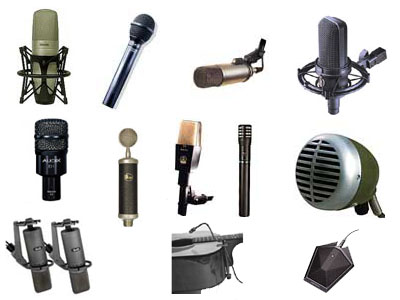 Every now and again I go through a period of thinking I might have finally found the chutzpa to go into performing proper standup comedy. Sometimes I even go through with actually doing a bit but find that I’m so nervous on stage that the rewards are hardly worth the sweat, shaking, the stress-induced eczema or the number of runny poos.

More often than not, however, I put together the material and then something so horrendously confidence-shattering takes place or I become so disillusioned with what I am (or comedy in general is) trying to achieve, that I can’t take it any further.

I went through to Edinburgh yesterday to meet my old friend Adele who’d come up from London to do festival things. Naturally we took in a couple of shows: the OK Wilson Dixon at the Babybelly and the ever-charming Boothby Graffoe at The Stand. That both gigs took place in the early evening and in small, intimate venues meant that the audiences were small, middle-class, quite forgiving and had not yet been given the opportunity to get very drunk.

So I found myself thinking “Yeah, I could deal with an audience like this. This would be okay”. I also noticed that Boothby Graffoe, when doing his act, appeared very nervous – was literally trembling – in spite of his decade or so doing stand-up. When I see other nervous but industrious comics like this (Simon Munnery sometimes sweats like a piece of toast and is easily thrown by heckles. Similarly, Richard Herring recently wrote about having to do as many as five poos before going on stage) I can only conclude that my nerves are normal and I should just get on with it.

But the real clincher in yesterday’s initiation of my latest ‘chuztpa period’ was that the best joke of the evening with the biggest laugh came not from either of the acts but from your humble narrator:

We were waiting outside the doors of The Stand, with a fairly long queue trailing behind us when a frail old lady with a walking stick painfully made her way down the stairs. Everyone waiting in the stairwell noticed how astonishingly frail she was, resulting in an odd hush. When she got to the bottom she (as many people do) said “Ooh, my goodness. Is this a queue?”

“Yeah, but you have to buy your tickets here first,” I explained.

“I already have my ticket,” she said.

Suddenly possessed by the the ghost of Peter Cook I sternly said: “Well get to the back then”.

Everyone around us laughed and I even got a clap from one bloke. The very idea that anyone could be so cruel and principal-driven to ask this sweet old lady to climb the stairs to go to the back of the queue was simply hilarious.

Thankfully the old lady realised I was joking. I think.

Of course, that joke would never work in a routine because you’d have to set up the scene, which in itself isn’t funny. It was the combined facts that it had been a real-life situation and that I’d heartlessly referred to everyone else’s preoccupation with her astonishing frailty. The thing about it that makes me think about doing stand-up again is that it was a good example of thinking on one’s feet, which you have to do in order to deal spontaneously with hecklers and other things happening in the room.

On this subject, I saw Simon Munnery the other night in Glasgow. His hat set on fire while it was laying on a table too close to a candle. It resulted in about ten minutes of improv about the audience being kind enough to tell him about it and about how it might have been a double bluff. A lesser comedian would probably have just been annoyed at the interruption.

It’s a bit of a shit Fringe this year to be honest and there’s very little I feel passionate about. Go see Munnery, Zaltzman, Graffoe, Kevin McAleer and the Book Club though. They’re all good. Failing that, just look out for me and I’ll subject you to some amazing off-the-cuff granny-bashing.